A South African woman has died after her boyfriend set her on fire.

The young lady named Smangele had paraffin poured on her by Prince Mthombeni after which he lit her on fire. She was rushed to the hospital where she was in agony for days. She eventually died days later. 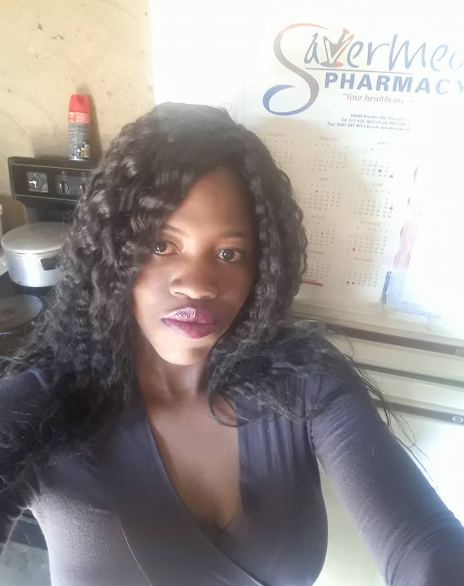 Sharing photos of his dead sister and her abuser, the brother of the deceased wrote:

This lady right here is my little sister,Smangele and a few day ago she was admitted to hospital because this coward guy in the picture Nkosana sipho prince mthombeni poured paraffin on her and set her on fire…today at 2am Smangele Pearl kholeka mnisi Mahlangu died in hospital after suffering huge amounts of agony…nkosana will have the Lord deal with him and I hope he rots in jail for life…RIP Smangele mnisi you’re loved.

READ ALSO: Photos: 16-year-old girl remanded for the murder of her boyfriend in Lagos 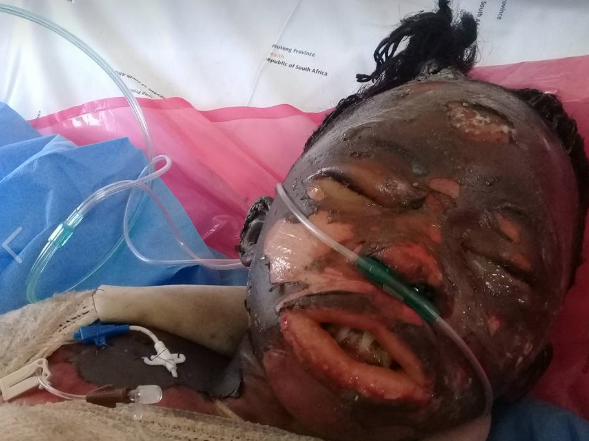 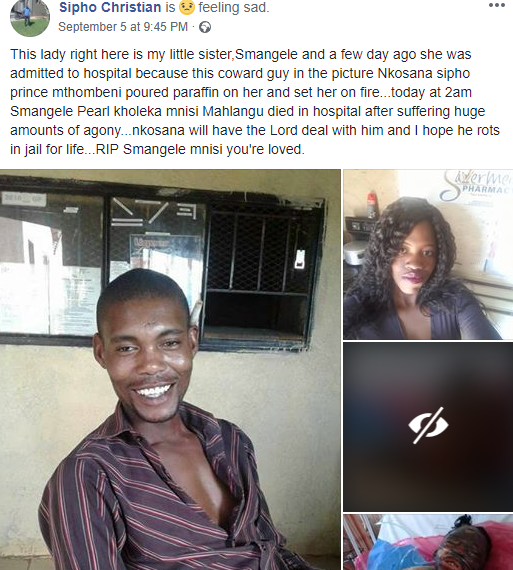