Hearn: "I promise you this fight will happen"

Britain’s heavyweight rivals hold all the world titles as Fury claimed the WBC belt with a stunning stoppage win over Deontay Wilder in Las Vegas at the weekend, while Joshua regained his WBA ‘super’, IBF and WBO straps in a rematch victory over Andy Ruiz Jr in December.

Hearn revealed how he spoke to Joshua on Sunday to discuss him fighting Fury next, despite ongoing talks for an IBF mandatory title defence against Kubrat Pulev at Tottenham Hotspur Stadium, and the Matchroom Boxing boss has promised to thrash out terms for a blockbuster British battle. 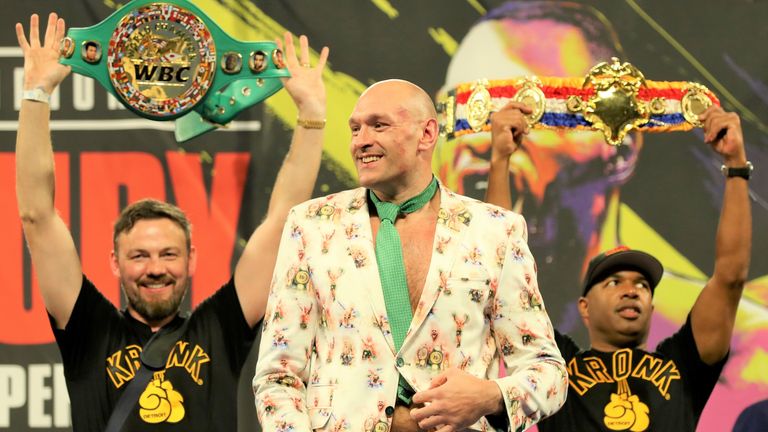 “Everybody is very clear on this. Everybody wants this fight – Anthony Joshua, Tyson Fury, MTK, Top Rank, Frank Warren, Matchroom.