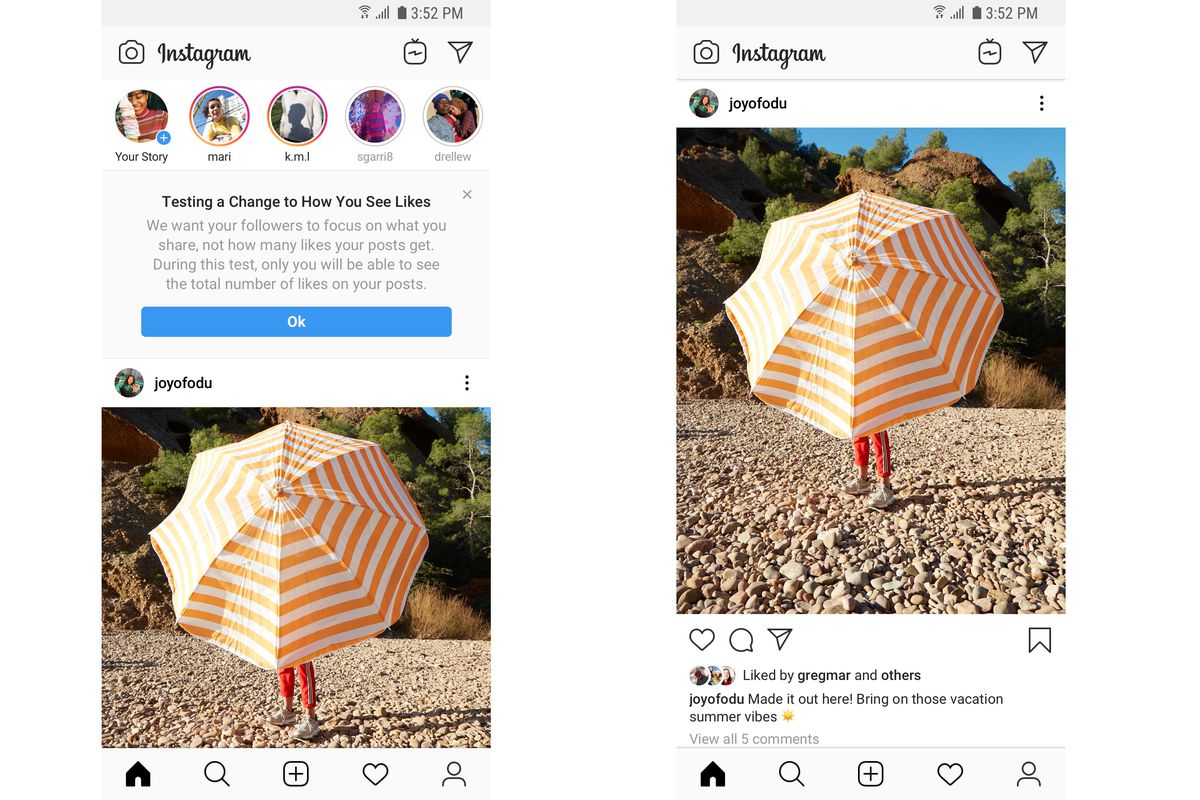 Instagram is hiding the number of likes on posts in several countries, including Ireland, Italy, Japan, Brazil Australia, New Zealand in order to “remove pressure” on users.

At the moment, Instagram users see a running total of people who have liked a post. In the trial, users will see a user name “and others” below posts.

Instagrammers can still view the number of likes their own posts receive.

There is concern social media platforms can contribute to low self-esteem and feelings of inadequacy in young people.

Instagram launched a similar trial in Canada in May and the new test is rolling out in Australia, New Zealand, Ireland, Italy, Japan and Brazil, the company told the BBC.

“We hope this test will remove the pressure of how many likes a post will receive, so you can focus on sharing the things you love,” Mia Garlick, Facebook Australia and New Zealand director of policy, said in a statement.

The goal, she adds, is that users feel less judged and to see “whether this change can help people focus less on likes and more on telling their story”.

Instagram said the test would not affect measurement tools for businesses. And users can still see the list of people who liked other people’s content by clicking into it.

When the test was first run in Canada, Instagram chief Adam Mosseri said the aim was to minimise the stress of posting online with users competing over the number of likes their posts receive.

“We want people to worry a little bit less about how many likes they’re getting on Instagram and spend a bit more time connecting with the people that they care about,” he explained at the time.

Studies suggest this kind of instant feedback on content can boost people’s self-esteem but bring others down if they do not get as many likes.

The number of likes is also the way to put value on a post for the business side of Instagram.

Influencers who get paid for the content they showcase in their posts are measured by the number of likes their social media activity draws.

Jennifer Aniston Follows Ex-Husband Justin Theroux as She Joins Instagram — And He Responds!