The World Anti-Doping Agency should act now over Russia’s failure to meet a December 31 deadline to hand over data from its anti-doping laboratory in Moscow, the National Anti-Doping Organisations (NADO) said on Wednesday. 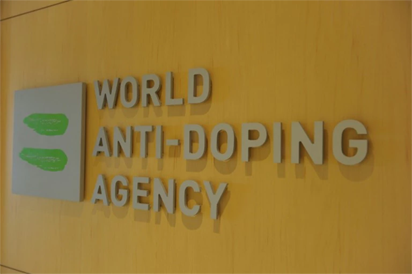 “NADO leaders now call on WADA to acknowledge the gravity of this missed deadline and call for an immediate review and recommendation from the CRC,” it said in a statement which was supported by the National Anti-Doping organisations of 16 countries including France, the United States and Australia.

Former NFF President decries poor publicity of National Sports Festival “After more than three years of review, indecision and compromise in response to the worst doping scandal in the history of sport, the time has come to demonstrate that no individual nor nation is exempt from compliance with the World Anti-Doping Code.”

The end-of-year deadline was set in September, when WADA lifted a ban on the Russian Anti-Doping Agency (RUSADA), paving the way for Russian athletes to return to competition across all sports after a report which uncovered a state-sponsored doping programme in Russia.

The decision to lift the ban aroused a wave of criticism directed at WADA and especially at 77-year-old Reedie. WADA personnel travelled to Russia in December but were unable to extract all of the promised data.

WADA said at the time its team could not complete its mission “due to an issue raised by the Russian authorities that the team’s equipment to be used for the data extraction was required to be certified under Russian law”.

With WADA waiting and the December 31 deadline looming, RUSADA chief Yury Ganus asked Russian President Vladimir Putin to intervene to stave off another ban that put Russia “on the brink of the abyss”.  However, the Kremlin said RUSADA’s concerns about new sanctions were “without foundation”.

“We recognise RUSADA has been working with WADA in an effort to resolve these issues, but the conditions agreed on 20 September 2018 were unequivocal and without the data there can be only one outcome,” the NADO statement went on. “The importance of this situation does not warrant providing a further two weeks for Russia to comply.”

NADO took a markedly different line to Russia returning to the sporting fold to International Olympic Committee president Thomas Bach. The German insisted sporting superpower Russia had been sufficiently punished, but his thoughts are not reflected throughout the sporting world.

Organisations such as the governing body of world athletics (IAAF) have said they were maintaining Russia’s ban from track and field.

“A return to international sport should only be considered for Russia once full confidence in a clean Russian sporting culture is restored,” said NADO.

“In other words, only once WADA has received and verified the electronic LIMS data as well as access to the samples in the Moscow Laboratory. “NADO leaders implore WADA to use its full authority and resources to expedite this matter.”